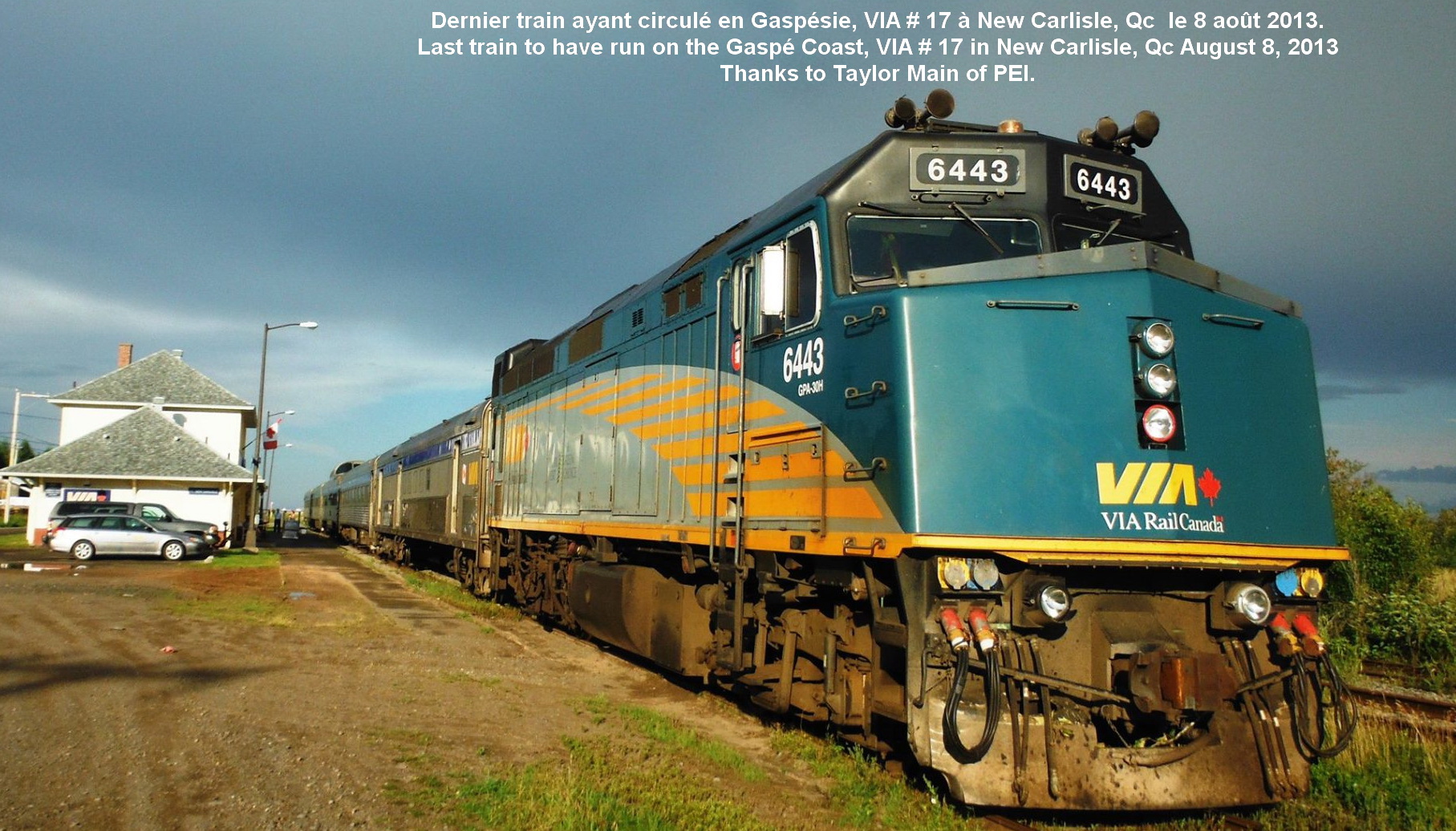 Thanks to Taylor Main of PEI for his permission to publish this nice picture.

2011-12-19 : Suspension of service between Matapédia and New Carlisle for 5 months, until 2012-05-14; Report on the condition of bridges by Hatch Mott MacDonald, published in December 2011; Train New Carlisle-Gaspé: pas de service avant la fin de 2012, Le Soleil, 2 octobre 2012, Gilles Gagné; Work was carried out on the two bridges on the Cascapedia River to strengthen them.

2013-08-01 : Serious problems of the signaling at level crossings; The train was stopped for one or two trips and after the train started again for a few days.

2013-08-22 : Official announcement of VIA Rail : Suspension of connections between Matapedia, New Carlisle and Gaspé of VIA Rail.

2013-09-17 : End of bus service and complete stoppage of VIA Rail service in Gaspésie. News from TVA CHAU here

2017-12-20 to 2018-01-04 : The RÉGÎM offers a brand new shuttle service between Gaspé and Campbellton’s VIA RAIL station (round trip). This additional service will allow people traveling on the train to continue their journey to several municipalities on the south side of the Gaspé Peninsula, or to travel to the train from several stops in Gaspésie.

2018-10-15 – Historic date to remember :  The restoration of the railway between Caplan and New Carlisle has begun. Bundles of ties are placed along the track.

Thanks to Anthony Bernard Prince for his collaboration in the dates published in this page.